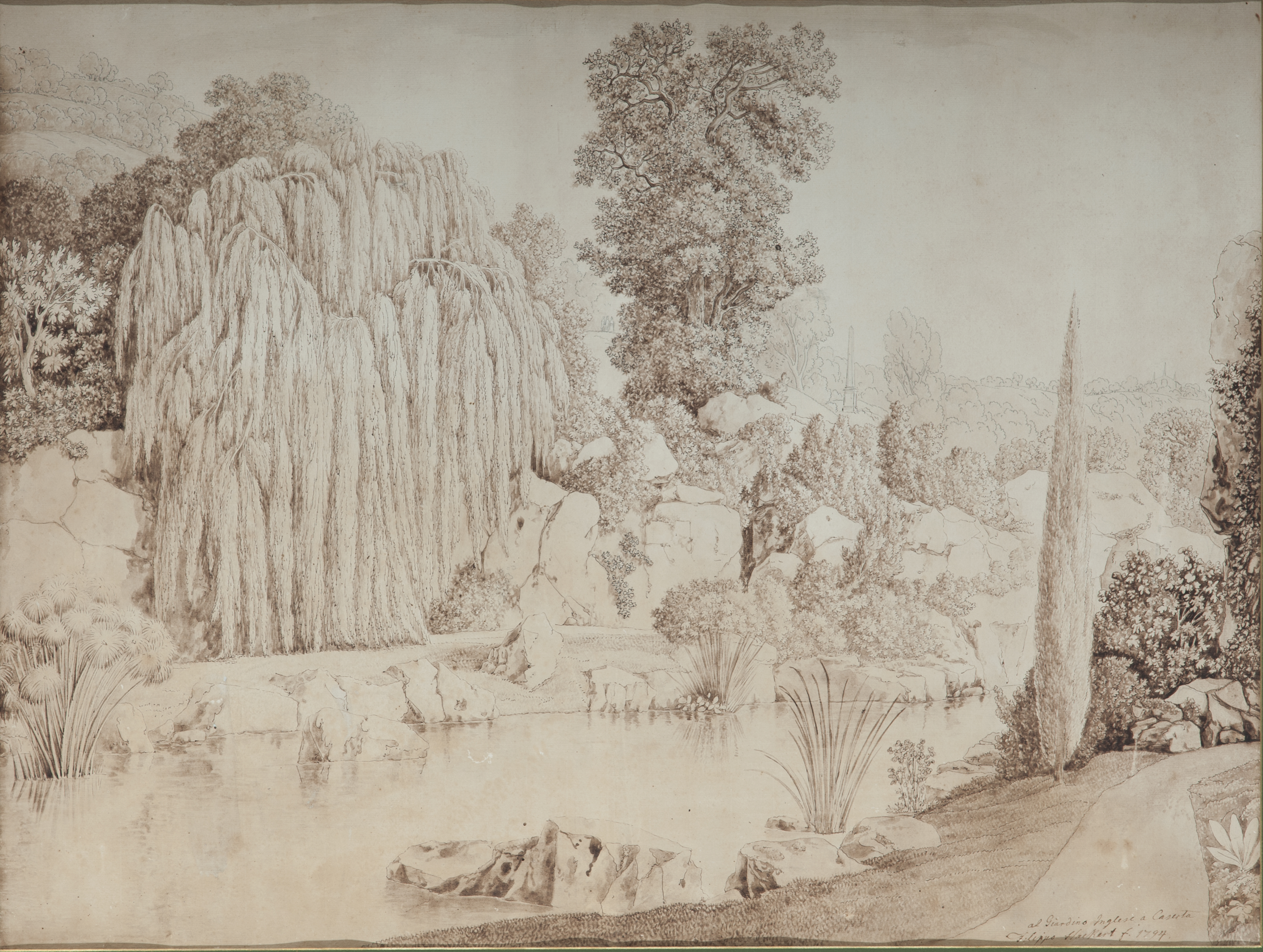 In addition to the sales discussed in our previous blog, in this complicated year, we managed to finalize two more sales to important European Museums thanks to the collaboration with other dealers. These two episodes have demonstrated the efficacy of networking and that this is the way to overcome many of the difficulties presented by Lockdown.

The works that have thus found a public display are: an important drawing by Jacob Philip Hackert (Prezlau 1737 – Florence 1807) illustrating The English Garden at the Royal Palace of Caserta in the early years of its construction, signed and dated 1794 (fig. 1). A drawing already exhibited at the British Museum as part of the famous Vases & Volcanoes exhibition and which attests to the close relationship between the court painter, the King of Naples Ferdinand IV and Sir William Hamilton;

And secondly, a curious miniature on ivory with Napoleon in the guise of Hercules Gallic defeating the Hydra (fig. 2), a rare allegorical image of the First Consul fighting against the Girondist enemies, Robespierre, the suitor Louis XVII, and others. If the former has found its permanent home at the Hamburger Kunsthalle, where many drawings made by Hackert in Italy are preserved; the second became part of the collection of the Napoleonic Museum housed at the Chateau of Fontainebleau in France.


Two important additions to prestigious public collections that we rediscovered and purchased and then sold thanks to the intuition and intermediation of capable colleagues. It is then appropriate to exclaim: unity is strength!