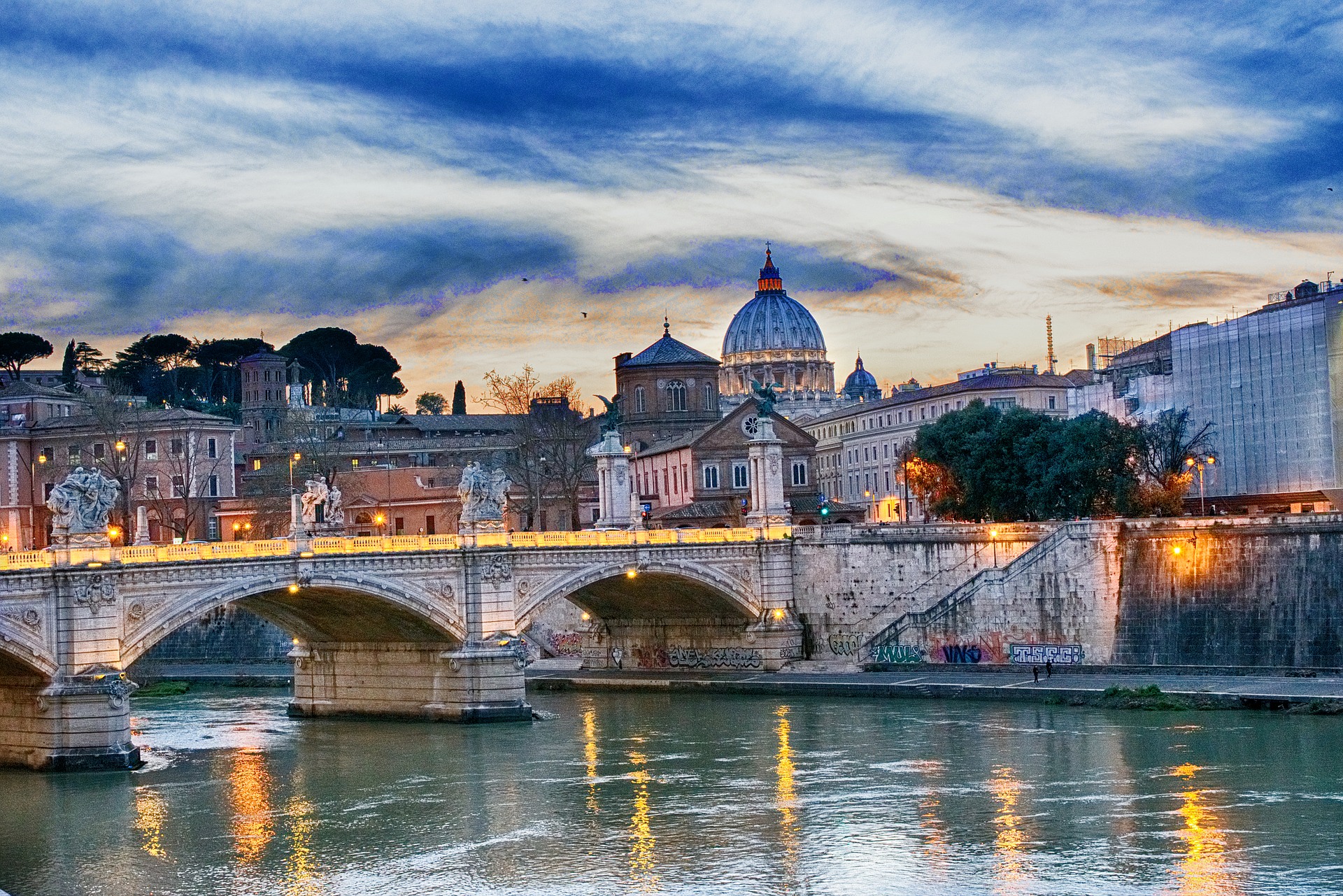 Everything started from Rome, the Roman sky and from some bees. As a young girl, without even really knowing why, I used to lift up my head gazing at the architectonical beauties of Rome. I didn’t make myself any specific question but I felt that what surrounded me was generated by a marvellous world. Looking up one time I come across some bees: bees that didn’t fly but carved in stone on the moulding of the Palazzo of one of Rome’s greatest families of the Baroque period, the Barberini. Those bees must have been there for a reason, a reason that I ignored. I seeked for the meaning of the those bees and from that moment on art and beauty never left me. That is why Rome!

Rome is an incomparable and inextricable ensemble of works of art. Even the smallest detail in the streets of Rome is the result of a millenary stratification that brings you, step after step, always to new discoveries: the section of an ancient column built-in a later building between two alleys or, as it has recently happen to me, a monumental slice of Cipollino marble of the first century AC popping out of a wall of a private apartment! Once in the exact same place there was the roman temple dedicated to Giunone Regina! Rome is a stratification, a jointure, a stumble, the evidence of a past time that re-emerges whenever you less expect it.

Rome is also the glimpse of a baroque fountain that peers at the end of a courtyard; it’s the votive shrine of a Madonna that dominates the corner of a building, sumptuous or naive, carved or painted. Rome is an early-Christian, romanic, renaissance, baroque church, or a segment of a 6th BC wall that nobody cares for, next to the train station. Rome is a never ending clash of art and history. It could sound like a commonplace but I am quite sure that if I wasn’t born right in the heart of Rome, probably I wouldn’t have become an art dealer. Its beauty, Its complexity, the neverending presence of art and history always push me to go further in detail and learn more about what surrounds me. This is also what happens in the premises of my gallery set in a beautiful Renaissance courtyard. This is where I hone my knowledge and my taste.

With the paintings and the artworks that I select and study for my gallery, I wish to study and revaluate them in order for my collectors to appreciate them as much as I do. Certainly there is a great appreciation for the Antique, which was a constant inspiration since my childhood; and this was also one of the reasons I decided to deal mostly in Italian Paintings and to specialise in the research of the finest Roman and Neapolitan paintings of the 17th century. These are the paintings I know better, that I have studied  greater in depth, which I researched in the archives and therefore those that move me the most. My hope is that, with my work, I can make them loved also by others.