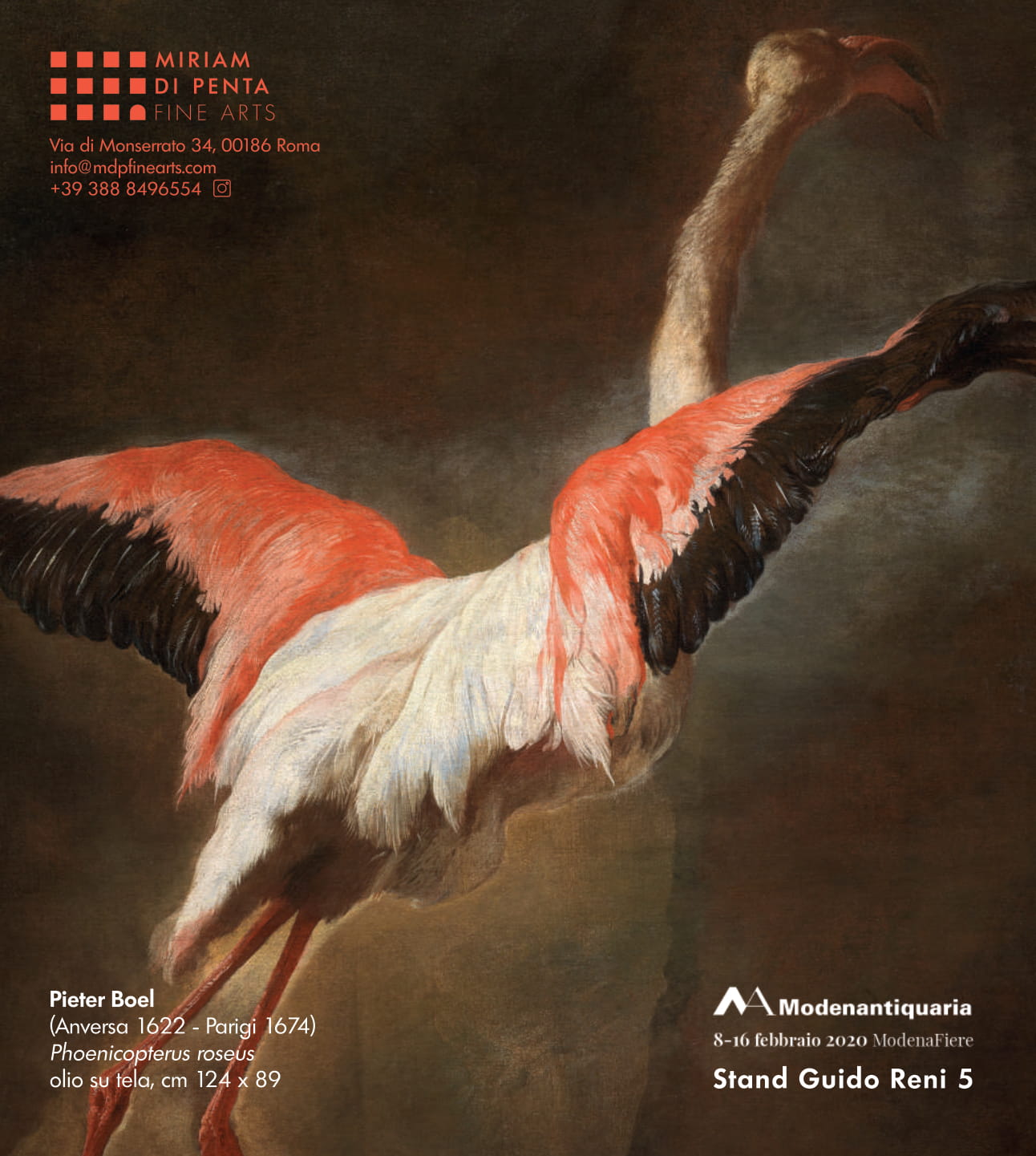 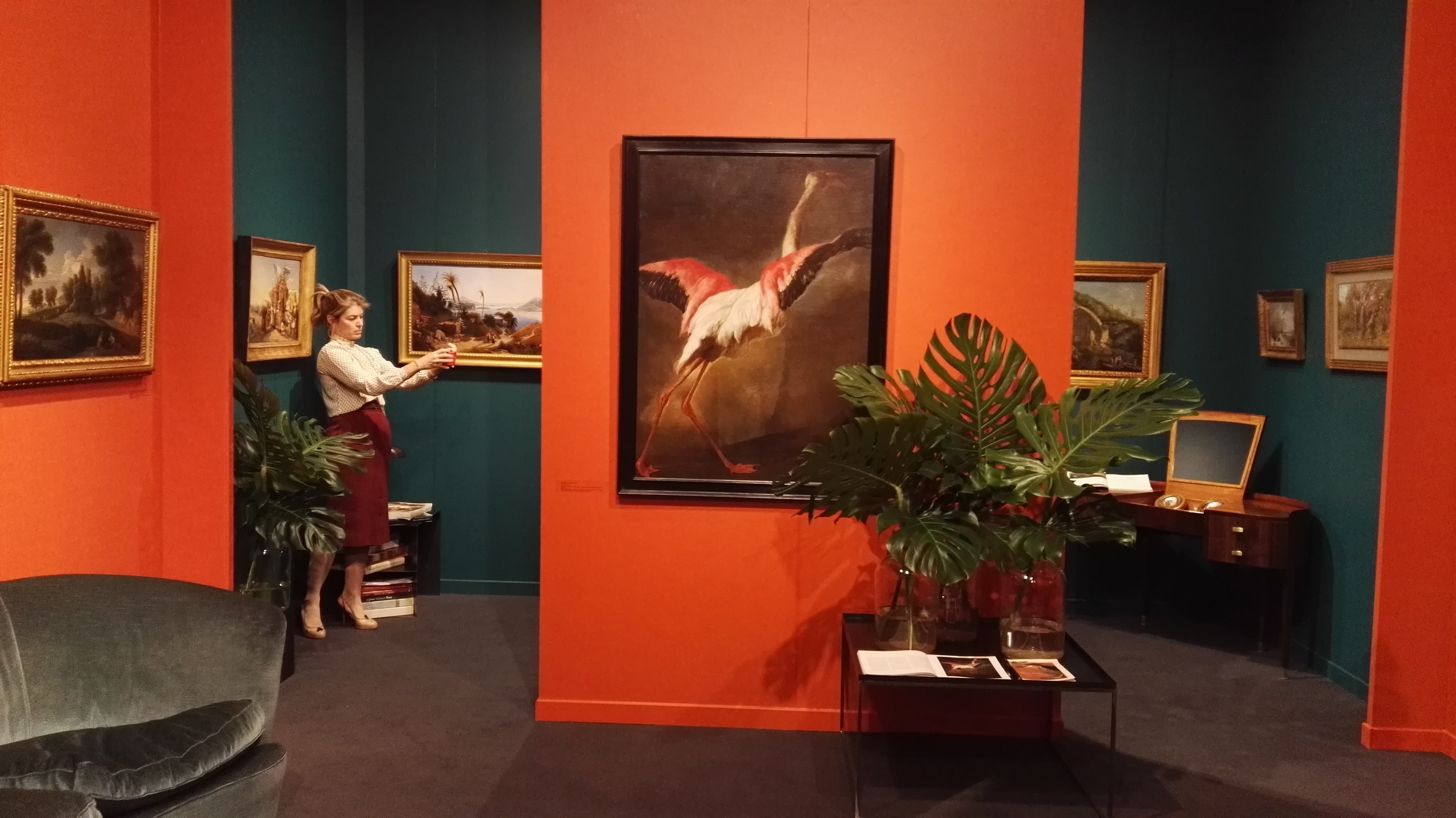 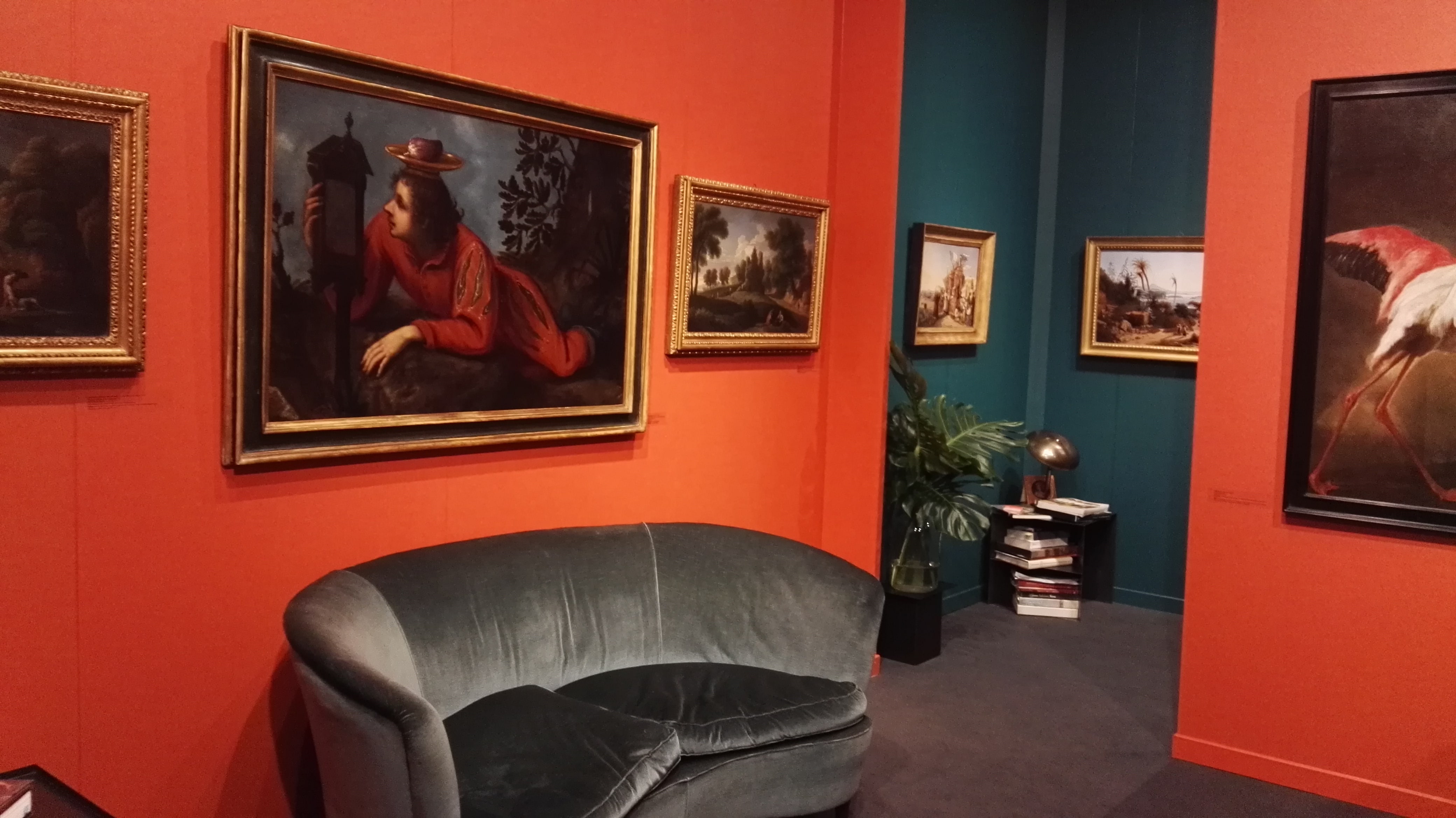 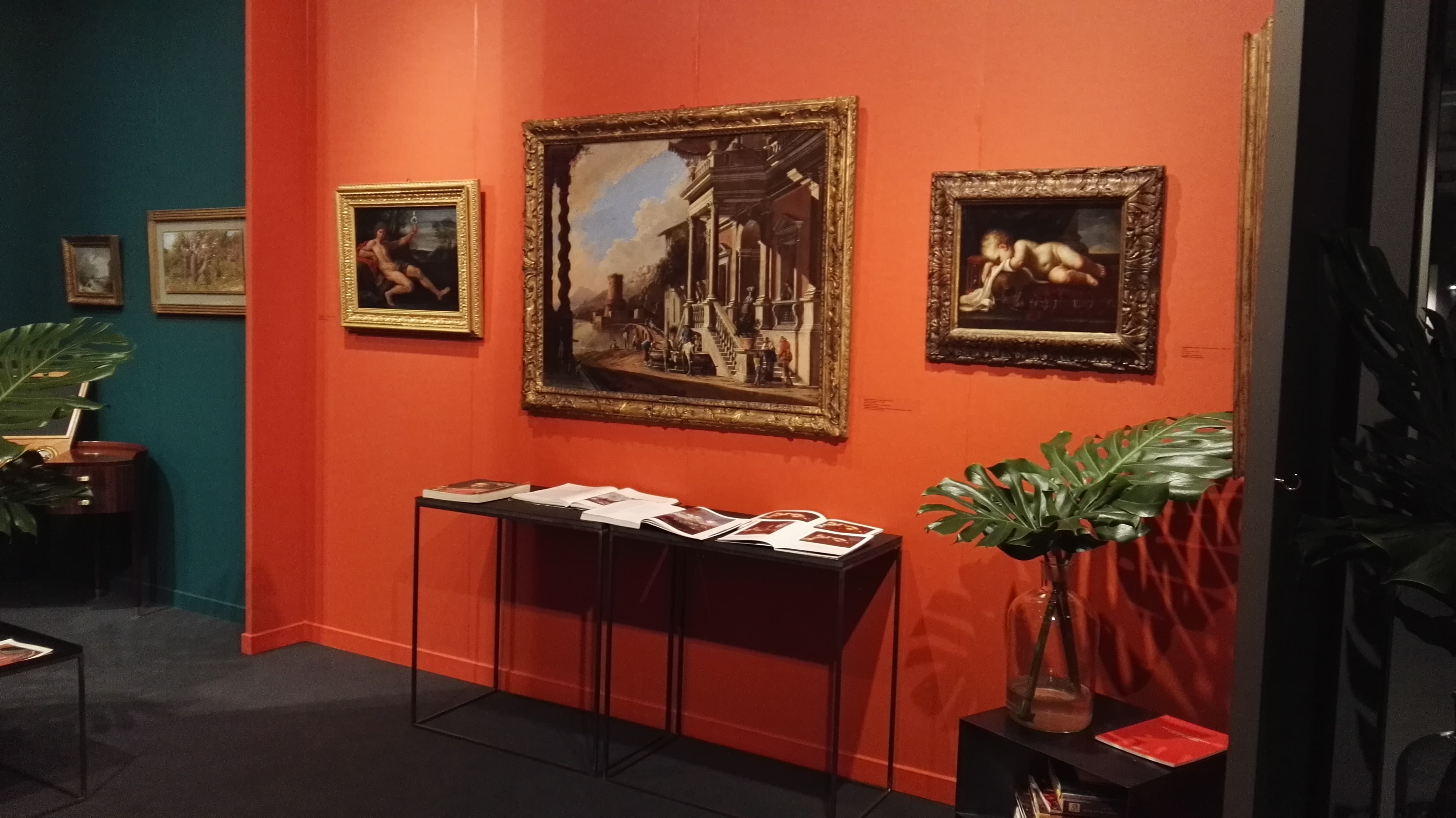 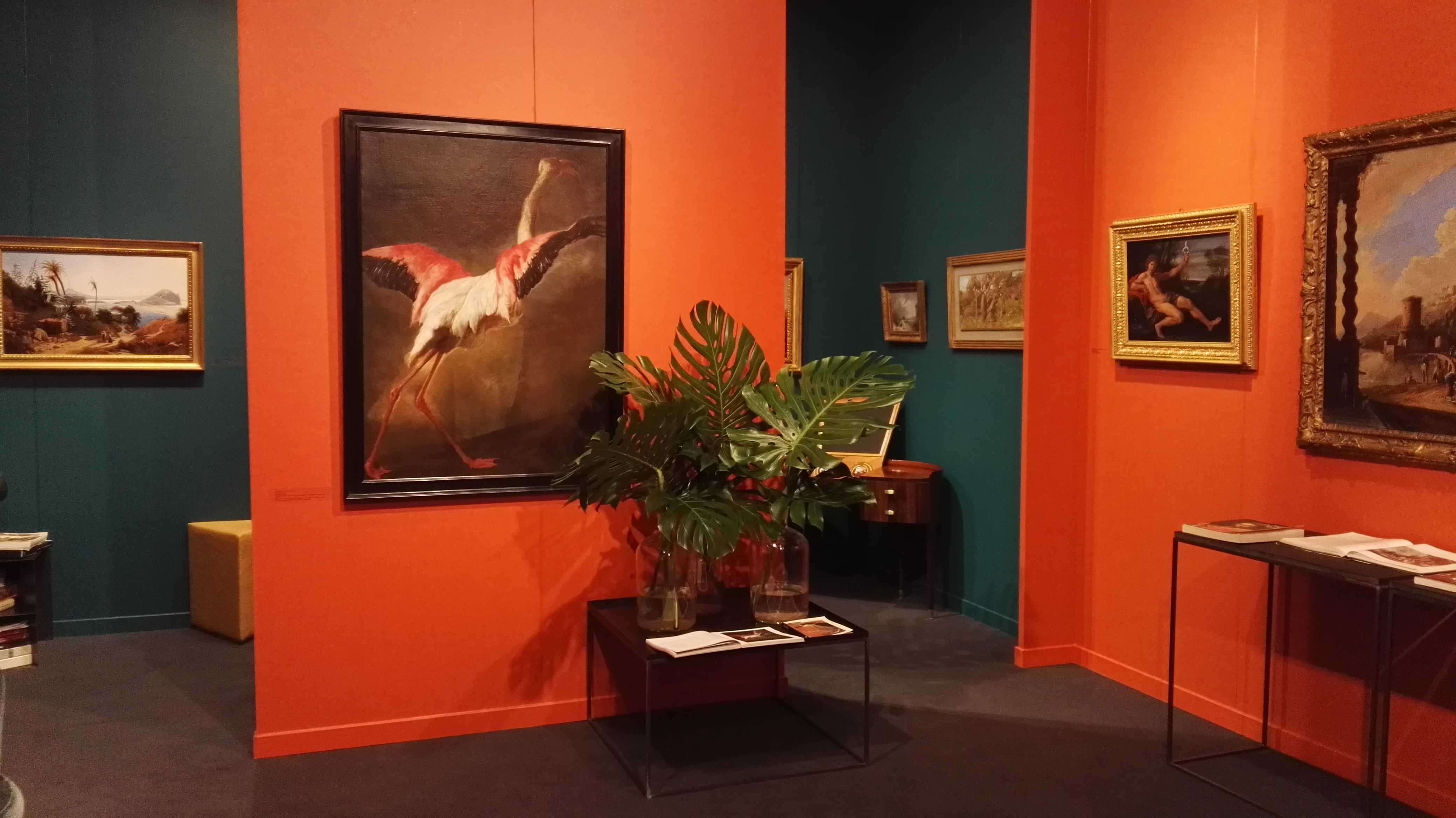 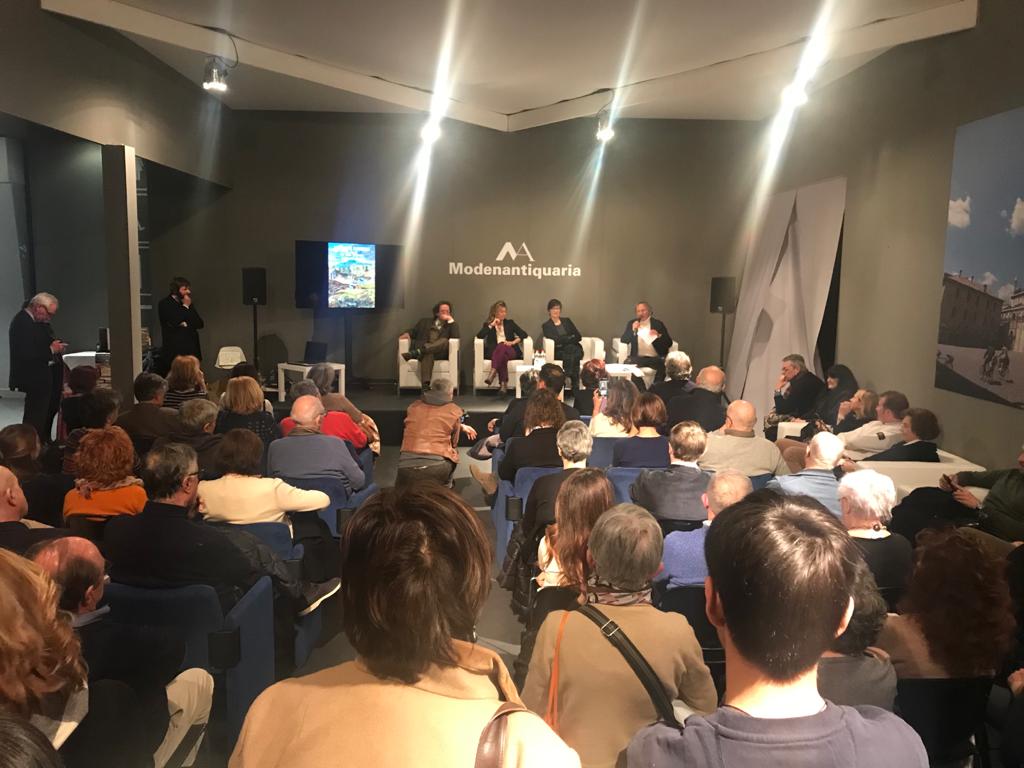 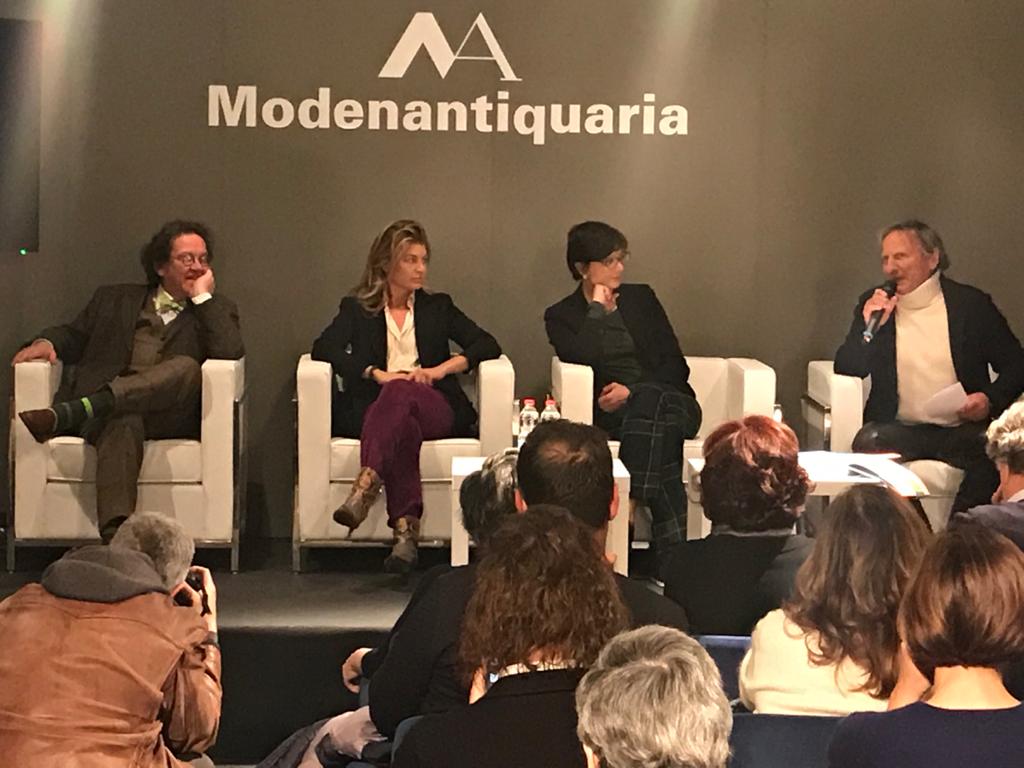 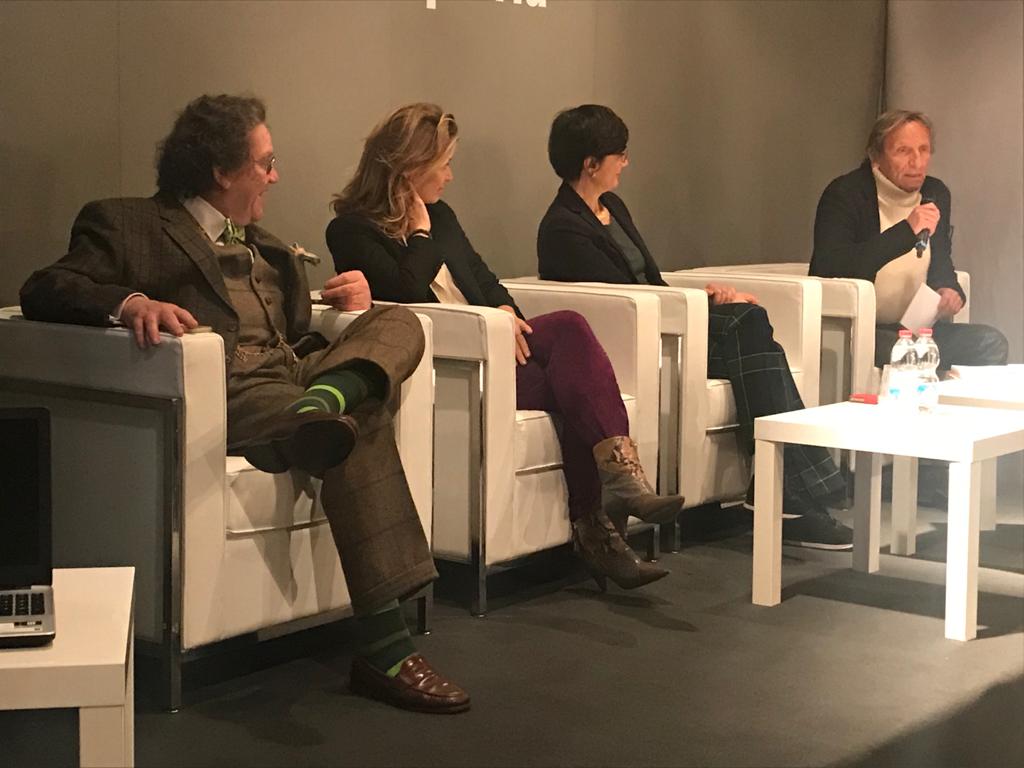 With her second exhibition at Modena Antiquaria, Miriam Di Penta Fine Arts showcases a selection of Baroque paintings, including the splendid Pink Flamingo by Peter Boel already exhibited in Brescia at Palazzo Martinengo Cesaresco in 2019. It is accompanied by a bright View of A Villa on the sea by the Neapolitan painter Domenico Gargiulo known as Micco Spadaro, a moving Vanitas by Luigi Miradori known as Genovesino studied by Marco Tanzi, a captivating painting by the Florentine by Orazio Fidani, with a mysterious and intriguing homoerotic theme. Alongside these, works of the Grand Tour, from the Temple of Diana at Baia by Carlo Bonavia, to an elegant classical landscape by Jean-Victor Bertin exhibited at the Salon of 1796 up to a series of original drawings of Ancient and Modern Rome made by Philippe and Felix Benoit for the famous printed edition dedicated to Pius IX. All displayed in a modern and refined environment, in line with contemporary design.

During the Fair, Miriam participated live in a panel on Private and Public Collecting alongside leading figures from the world of culture such as the director of the Galleria Estense Martina Bagnoli, the Art Historian Philippe Daverio and the philosopher Stefano Bonaga, giving life to an animated conversation full of interesting ideas.

Date
February 8th-6th, 2020
Location
ModenaFiere
prev
Masterpieces from the Vatican Museums exhibited in Naples
Events archive
next
Marina Paris 2019
This website uses cookies to improve your experience. We'll assume you're ok with this, but you can opt-out if you wish. Accept Read More
Privacy & Cookies Policy